Website Design, Google's Algorithms, Online Marketing change at a rapid pace. And, cybersecurity is more important than ever. Keep up to date with the latest changes here on our blog.
Font size: + –
1 minute reading time (188 words)

End of Life For Windows 8.1 already? 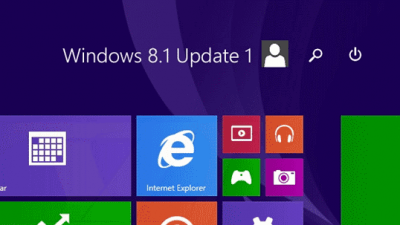 In a surprising and somewhat confusing move, Microsoft has announced that on May 13th, 2014, it will be discontinuing support for Windows 8.1.  This is similar to the well-known retirement of Windows XP last month, however, there is a very short notice and 8.1 does not follow the normal lifecycle of Windows products.
Windows 8.1 users MUST download and upgrade to the ‘Windows 8.1 Update’.  If you already have your machine set to automatically install updates, then you probably already have  8.1 Update.  To add to the confusion, Windows 8 will continue support until 2016.  So why not call this Windows 8.1 Update Windows 8.2?  Maybe it’s so Microsoft doesn’t have to explain why one of their products dropped off the map.  Once the dust settles from the ‘8.1 Update’ we may see it simply called ‘8.1’ …again…
Whatever the case, make sure you try to run your update.  If the update fails (which many are reporting) you may have to download the package from Microsoft and install it manualy.
Click the Windows graphic above to be taken to the official Microsoft site for Windows 8.1 Update.  Good luck.

Tweet
Are you really reaching your potential audience?
Heartbleed Bug. The biggest threat to internet se...